Growing numbers of people in Europe continue to choose trains over planes. Virgin Trains recently revealed that, through the first six months of 2019, 35 percent of travelers percent between London and Edinburgh and Glasgow opted for the train, constituting six growth over the previous year. This reflects a broader decline in flying in the United Kingdom, one partially explained by taxes on flights and improved train service, where domestic flights fell 10 percent in the 2007-2017 period.

In Germany, the number of people flying between the country’s cities fell 12 percent in November in comparison to one year earlier. November also marked the fourth consecutive monthly decline. Meanwhile, in the United States, which lacks the type of anti-flying advocacy one sees in many countries in Europe, Amtrak, the national passenger railroad, had the highest number of riders in its history in fiscal year 2019.

These figures are significant for climate change-related reasons, but also for matters of public health. A just-released study, conducted by University of Washington researchers over one year (2018-19), found that communities underneath and downwind of jets landing at Seattle-Tacoma International Airport (the eight-busiest airport in the United States) are exposed to a type of ultrafine particle pollution uniquely associated with aircraft. Ultrafine particles are more likely to be inhaled and absorbed by the body than larger ones. Those associated with airplanes are so small that the can penetrate the central nervous system. According to the university’s summary of the findings, previous studies “have linked exposure to ultrafine particles to breast cancer, heart disease, prostate cancer and a variety of lung conditions.”

Goings-on within academia and beyond

Inspired by the “ClimateWednesday” self-commitment to reduce flying among academics in Germany (see our previous update), a broader regional initiative has emerged. #Unter1000 (Under 1,000)  includes those employed in scientific institutions in Austria, Germany, and Switzerland. Signatories promise not to fly for professional purposes if the distance is under one thousand kilometers (610 miles). More than 2,100 individuals have signed thus far.

In a similar vein, about one year ago, students at the University of Basel advanced a proposal in the Swiss university’s student senate that would require that students take the train for any university-organized trips under 1,000 kilometers. (Within this distance are destinations such as Brussels and London.)  The university’s sustainability office has now included the reduction of flight-related greenhouse gas emissions as part of its “goals and actions” for 2019-2021. 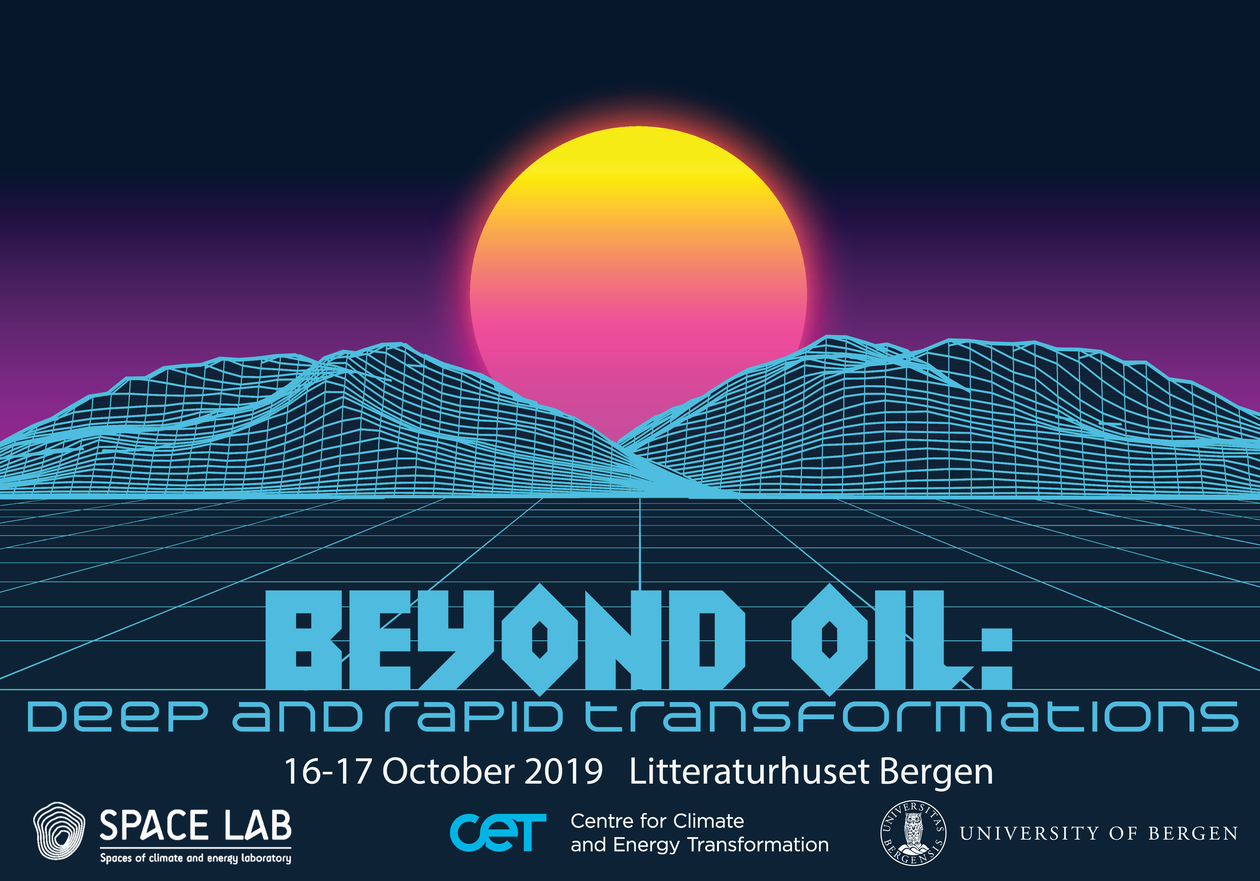 The “Beyond Oil” conference that took place in Bergen, Norway in mid-October and, as reported in our last update, involved a “conference train” from Oslo to Bergen (a seven-hour journey) was quite successful. In comparison to its 2017 gathering which involved 80 attendees, this year’s in-person/virtual hybrid conference had 130 participants. Despite a more than sixty percent increase in participation, the CO2 footprint of the 2019 gathering was half that of 2017’s. The conference organizers have put together a helpful (and inspiring) document on “lessons learned” from this year’s conference. 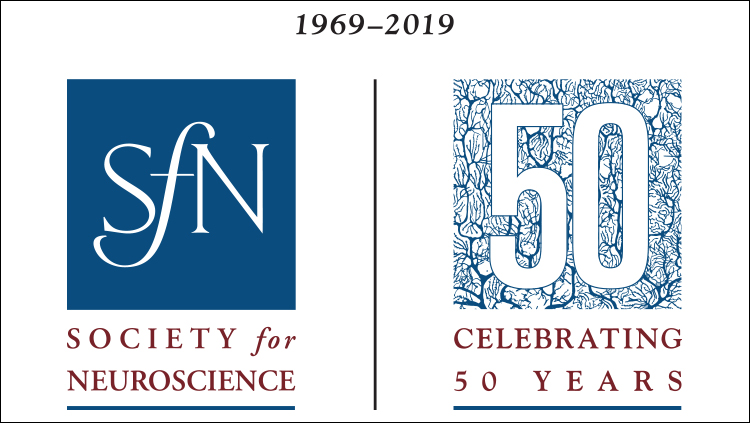 In November, a petition was submitted to the Council of the Society for Neuroscience. With almost 1200 signatories, the petition calls upon SfN to take various steps to “act on the climate crisis.” These include: providing and publicizing a careful accounting of all annual conference-related emissions (one that incorporates the tens of thousands of flights associated with the gathering); developing a plan to reduce the emissions “substantially” year-by-year by (among other measures) making the conference biannual, adopting a “hub-and-spokes” model that links meeting sites around the world to a much-reduced-in-size central meeting site; and considering matters of climate justice when making organizational decisions. In response, the SfN is now reportedly exploring multiple pathways for realizing reductions in the meeting’s carbon footprint, beginning with next year’s gathering in Chicago. With more than 37,000 members in scores of countries, the Washington, DC-baseed SfN describes itself as “the world’s largest organization of scientists and physicians devoted to understanding the brain and the nervous system.”

At the University of Exeter (United Kingdom), a working group put together by the vice-chancellor in response to the university’s declaration of an environment and climate emergency in May 2019, has released a “white paper” about what that emergency should mean for the institution’s operations. The working group recommends that the university achieve a 75 percent reduction in direct carbon emissions by 2030 (and 100 percent by 2040). It also recommends a 50 percent decline in indirect (or “scope 3”) emissions (which make up more than 84 percent of Exeter’s total emissions) by 2030, with a 100 percent goal by 2050; this includes a 50 percent reduction in “long haul travel” emissions by 2025. (Travel-related emissions make up 21 percent of the university’s total emissions.) Achieving these highly ambitious goals, the authors of the detailed document write, requires “fundamentally changing individual and collective attitudes and behaviours.” 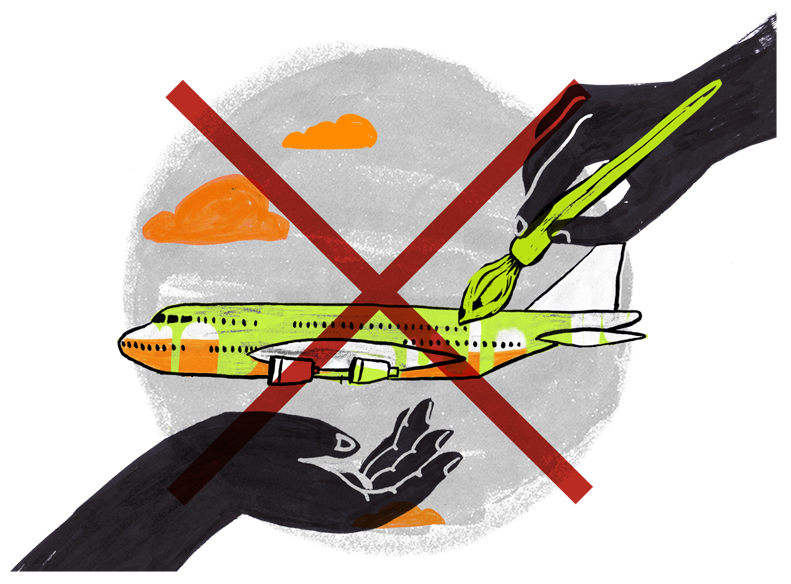 On October 29, 2019, Stay Grounded held its second webinar. Titled “’System’ Change and/or ‘Behaviour’ Change?,” the webinar featured presentations by Vivian Frick, an environmental psychologist at the Technische Universität Berlin; Lars Kjerulf Petersen, an environmental sociologist at Denmark’s Aarhus University; and Michaela Leitner, a  sociologist and campaigner with Stay Grounded. Together, the presenters offer valuable insights on what drives human behavior in relation to flying and regarding how to bridge the gap between growing awareness of climate breakdown and persistent flying practices. A global network, Stay Grounded has posted an excellent summary of the webinar, a video of which—including the discussion that followed the presentations—is below.

Because so much has been transpiring on the FlyingLess front, there is a lot to cover. We have thus decided to break up this update into two parts—to prevent it from becoming overly long. We will post Part 2 next week. It will include additional “items” under “Goings-on within academia and beyond” and summaries of “Recent academic articles, working papers, and essays.”